Dr. Elan Reisin is the Face of Plastic Surgery

Each year in August, Detroit HOUR runs a special section entitled the Faces of Detroit.

It’s a great way to get familiar with some of the folks in Detroit who stand out from the crowd for their stellar services and commitment to their work. 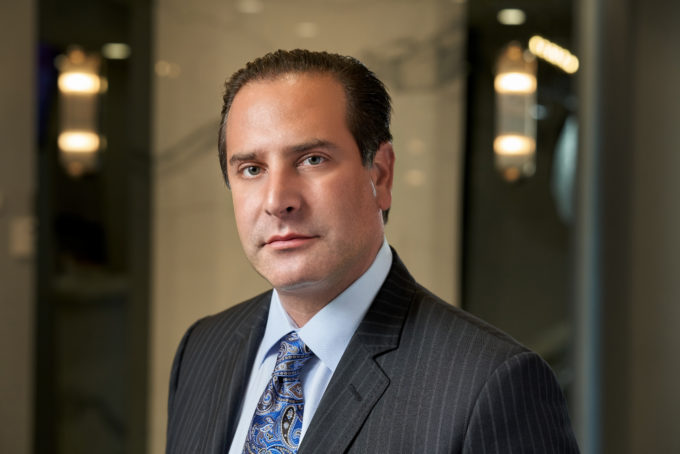 If it’s highly experienced doctors you’re looking for, then Dr. Elan Reisin, M.D., F.A.C.S., and his team of surgeons are exactly what you’re seeking.

Not only has Dr. Reisin completed more than 15,000 cosmetic surgeries with his team, but he’s also a published medical authority on breast surgery. Surgery of the Breast, by Dr. Reisin’s mentor, Scott L. Spear, M.D., includes Dr. Reisin’s co-authored chapter on breast augmentation.

Furthermore, Dr. Reisin is board-certified in plastic and reconstructive surgery and has received numerous national awards including the 2014 Consultant to the National Institute of Medicine and the 2014 National Academy of Plastic Surgery Award of Honor/Lifetime Laureate.

Aside from his current status as the Face of Plastic Surgery in Detroit, Dr. Reisin is also a multiyear Detroit Hour Magazine Top Doc honoree. He was first voted the prestigious Top Doc in Plastic and Reconstructive Surgery in 2015, when he received the most votes in the category by a selection of his peers.

Dr. Reisin was fortunate to be raised under the tutelage of his world-renowned plastic surgeon father, Dr. Jorge Reisin. He spent his childhood summers in Argentina where he learned to speak fluent Spanish.

A serious and diligent student, Dr. Reisin was named the 1990 Top Hispanic High School Student in the United States for his academic achievements. He was also recognized as an accomplished athlete.

It wasn’t long before he was recruited by top universities and would eventually receive an academic scholarship to the University of Michigan. He was also the recipient of the Michigan Achievement Award.

After completing his residency, he joined his father at the Reisin Institute in Chevy Chase, Maryland, where he was recognized with the Patient’s Choice Award from 2008 – 2015. He also received the Compassionate Doctor Award from 2010 – 2014 and is recognized in the “Top Doctors” for the Washingtonian in Washington, D.C.

As a member of the International Society of Aesthetic Plastic Surgery, Dr. Reisin has traveled internationally to learn from top plastic surgeons. Inspired by these surgeons, he knew early on the importance of giving back.

Dr. Reisin enjoys teaching his colleagues. He is both an injector specialist and an adept physician trainer – serving often as a featured speaker in the art of achieving the maximum results for patients who have opted for temporary injectable treatment instead of facial plastic surgery.

He has also been honored for his service, dedication and mentorship to the residents of the Plastic Surgery Integrated Residency Training Program at Georgetown University Hospital. And he has given back through philanthropic trips to the Dominican Republic to treat children with congenital and traumatic deformities.

Finally, after five years of serving as an attending physician and teaching surgical residents at the prestigious Georgetown University Hospital Department of Plastic Surgery, Dr. Reisin decided it was time to realize his vision of a state-of-the-art AAAHC surgical center and medical spa.

From that vision, Star Plastic Surgery was born. And that is precisely where Dr. Reisin now spends his days as Medical Director – grateful for all of the opportunities and eager to help his patients find new confidence and comfort in their bodies.

So if you’re looking the true face of plastic surgery in the Detroit area, look no further than Dr. Elan Reisin at Star Plastic Surgery in Novi, Michigan.

Contact Star Plastic Surgery today to discuss your options with a member of their team. And you’ll soon know what it means to be cared for by the best!