The Benefits of Rhinoplasty or Septoplasty

There’s a good chance you’ve heard the term “nose job.” And you may already know that rhinoplasty is the medical term for a nose job.

But you may not know about septoplasty. This is also a term for the correction of a deviated septum. The septal cartilage may also be used for grafting during the cosmetic portion of a rhinoplasty.

While each procedure is different, both result in a better-looking and/or more functional nose for increased confidence.

So we’ll take a look at the benefits of rhinoplasty or septoplasty, or both. 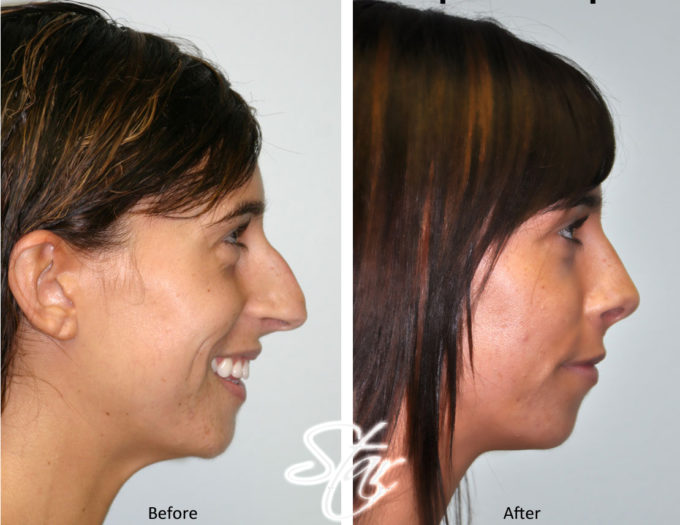 The Nitty Gritty on Rhinoplasty

Rhinoplasty is considered one of the most common cosmetic procedures in the world. But it’s still important that it be performed by a board-certified plastic surgeon who is experienced in the rhinoplasty.

The nose is a complex structure made of delicate cartilage, bone, mucosal lining, and skin. Even a small change to one part of the structure will impact the rest of the nose. Thus, if there’s to be a natural and functional outcome, rhinoplasty requires expertise.

Rhinoplasty is an outpatient procedure that generally takes 1.5 to 3 hours to complete. There are both closed and open rhinoplasty.

These incisions heal well and are barely visible once healing is complete.

Most patients experience mild to moderate discomfort after surgery. This can typically be controlled with medication.

There will also be some possible bruising under the eyes. And patients should expect to wear a splint outside of the nose for about a week. This can make it awkward to be in social settings.

But the splints are necessary to protect the nasal bones and cartilage, as well as to limit the swelling of the skin.

After the procedure, patients will need to avoid strenuous activity for two weeks, contact sports for 4-6 weeks, and wearing glasses for 4-5 weeks.

The bone and cartilage that divides the space between your two nostrils is known as the septum.

A deviated septum is the term for a crooked septum. Someone with a deviated septum can have difficulty breathing through the nose and may be at a higher risk for sinus infections due to poor drainage.

Septoplasty is a surgical procedure that straightens that bone and cartilage. The septum is repositioned to the middle of the nose. Portions of the septum may be used to augment the nose or narrow the tip.

Because septoplasty with a rhinoplasty is a bit more involved than rhinoplasty alone, patients may have a few more restrictions. This will depend on the extent of your surgery. Occasionally, a splint is placed inside the nose after septoplasty.

To decrease the chances of bleeding and swelling, you need to elevate your head when you’re sleeping, wear clothes that don’t need to be pulled on over your head, avoid strenuous activities for up to four weeks, and don’t blow your nose for several weeks.

It’s a small price to pay though for being able to breathe more fully and easily. And within 2-3 months after surgery, the nasal tissues are relatively stable. While most of the swelling is gone in the first month, 100% of swelling resolution can take up to one year.

Could the Benefits of Rhinoplasty or Septoplasmy Serve You?

Whether you’re unhappy with the appearance of your nose, or you’re having trouble breathing, you will likely reap the benefits of rhinoplasty or septoplasty.

So contact us today to learn all about your options.

Your surgeon will consider a customized plan to modify your nose in a way so that it appropriately suits your face and allows you to breathe more freely.

It could be life-changing for you.