The Difference Between Closed and Open Rhinoplasty

If you’re shopping around for a nose job – more elegantly known as a rhinoplasty – you may not be aware that there are closed and open rhinoplasty procedures.

And you may not even care. That’s okay. We get it. For example, if you have a deviated septum, you may just want to breathe normally and not care how it happens.

But in case you ARE interested – and are wondering which one is right for you – we’ll lay out the differences between the two here.

How Closed and Open Rhinoplasty Differ

Whether you’re getting closed or open rhinoplasty, the surgeon will lift the skin of the nose, alter the bone and cartilage, then lay the skin back down. That’s the basics of rhinoplasty 101. Of course, it’s much more complicated than that. And the ways the surgeon customizes each rhinoplasty is its own art form.

The only thing you really need to know is that with a rhinoplasty, there are just two ways for the surgeon to access the structure of the nose. There is the closed version and the open version.

With closed rhinoplasty, the surgeon makes two incisions inside the nose and makes the alterations through these incisions.

An open rhinoplasty utilizes the same two incisions. But then there’s a third incision that connects them. It goes across the columella (the skin between the two nostrils) and is known as a trans-columellar incision. It is this third incision that opens up and unveils what’s happening in the nose.

Which procedure is utilized will depend on what the surgeon is attempting. 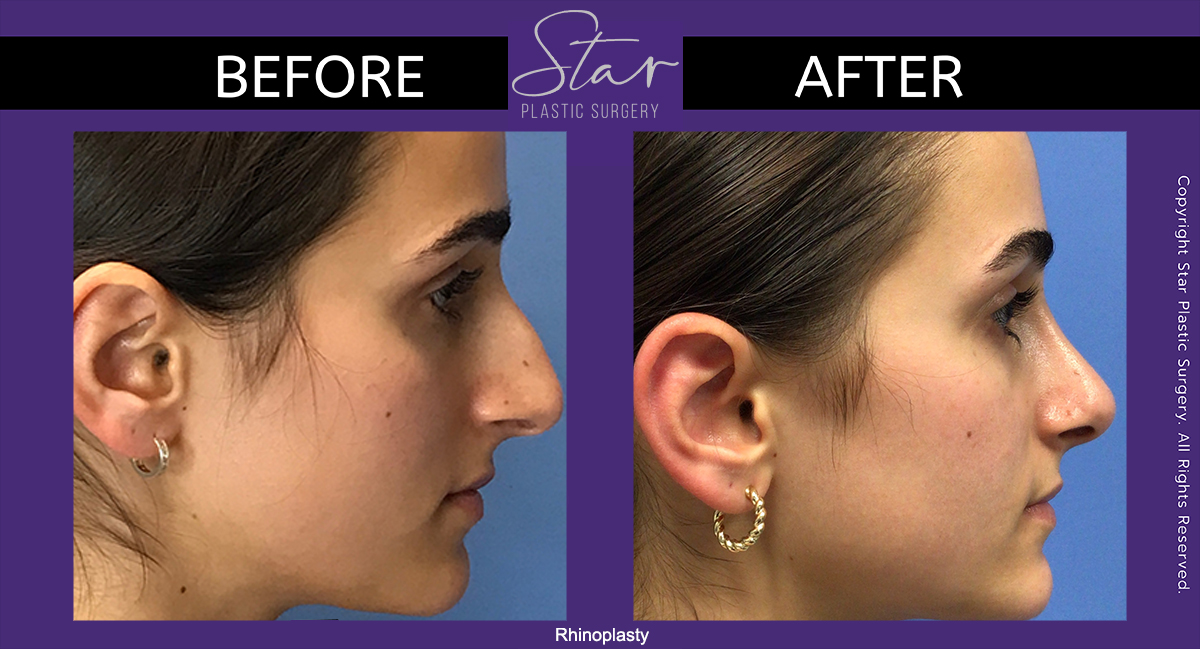 When a Closed Rhinoplasty Is Preferred

Of the two approaches, the closed rhinoplasty is less complicated. And because the incisions are made inside the nose, there is no chance of a visible scar.

Plus, because a closed rhinoplasty is not as intensive, there tends to be less swelling during recovery. But less intensive also means that it may not be an option for those seeking a more complicated fix.

As such, the closed rhinoplasty is typically restricted to patients who need minimal work on their noses with reasonable symmetry. Sculpting of the dorsum and narrowing of the tip and bones may be performed in a closed rhinoplasty. Even so, it’s a viable option in those situations where the plastic surgeon deems it so.

In a nutshell, an open rhinoplasty allows for more correction of asymmetries and is ideal for noses that require cartilage grafting to add more structure to an otherwise amorphic nose. Since the nose is such a prominent feature on the face – as well as one of the more delicate anatomical structures of the body – precision is a desirable attribute (to say the least!).

In addition, for cases that require advanced cartilage grafting techniques, an open rhinoplasty enables the surgeon to more accurately place those grafts. And although an open rhinoplasty requires a visible incision, with advancements in surgical procedures, scarring is extremely minimal to non-existent.

For these many reasons, the open rhinoplasty is often the preferred method.

Which Rhinoplasty Is Your Best Bet?

If you’re ready to explore your rhinoplasty options, contact us today.

We’ll sit down with you during your free consultation and discuss the benefits of closed and open rhinoplasty procedures for your specific situation.

Rest assured, you’ll get the one that’s right for you.